Upcoming Corvette to Debut in Detroit 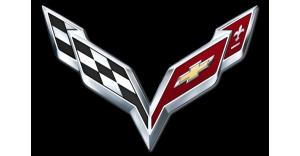 Chevrolet has already confirmed that the upcoming as well as the seventh-generation version of the Corvette is set to make its official debut on January 13, 2013 in Detroit. As part of the preparation and the countdown towards the launch date, Chevrolet has started showing the new logo of the 2014 Corvette which is currently dubbed as the “Crossed Flags.”

When asked about the release of the new emblem, Chevrolet has explained that they decided to do this since the upcoming version of the Corvette deserve such. GM’s vice-president of global design Ed Welburn was even quoted saying that the recently released Crossed Flag design simply reflects some of the new vehicle’s characteristics. According to him, the new logo suggests that the 2014 Chevrolet Corvette is more technical, modern and relatively more technical compared to its predecessor.

The new Crossed Flags emblem was actually unveiled in Road Atlanta during the time when the Corvette won the 2012 American Le Mans Series GT championships for production based cars with a sweeping victory. Although the unveiling of the new logo was very significant at that time, the Crossed Flags emblem has been a vital part of the vehicle’s existence since its first introduction into the market. Thus, the release of the current logo is considered as the brand’s way of informing the public that Chevrolet is set to continue the production and the high performance legacy established by the Corvette.

But aside from the new Crossed Flags emblem, a lot of car buyers and experts are also looking forward to the official debut of the 2014 Chevrolet Corvette since most of them are expecting too much. In addition to this, the excitement was further enhanced by the information that the 2014 Chevrolet Corvette will be powered by a new V-8 engine that would surely take its performance to the next level.

As of the present, the expectations towards the upcoming version of the Corvette is quite high since outgoing model has left a lot of impressive accomplishments such as winning a number of major championships. Fortunately, Chevrolet assures its consumers that the 2014 Corvette was built to surpass the records and the success that its predecessor would be leaving.

Marty Bay is the Lead Writer and Editor for VPM Automotive. He has researched and reviewed 100s of cars, and writes extensively about car technologies.
Follow Marty Bay on Google+
This entry was posted in Chevrolet, Corvette. Bookmark the permalink.