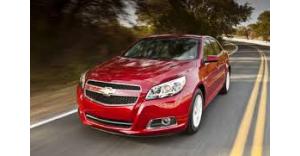 The 2014 Chevrolet Malibu was formally unveiled and this has happened 12 months earlier than its actual arrival in the market.

According to the information provided by a number of reliable sources, Chevrolet decided to unveil the 2014 version of the Malibu 12 months earlier than its actual release schedule since the previous year’s model is having a lot of shortfalls. Given this premise, it is quite obvious that Chevrolet intends to use the 2014 model of the Malibu to boost the nameplates sales since its predecessor has failed to do so.

Since the 2014 Chevrolet Malibu is intended to revive the nameplate’s former glory, Chevrolet’s personnel made sure that the latest version is far better than its predecessor. This simply means that the 2014 version has a lot of impressive features to offer.

Upon launching the latest version of the Malibu, Chevrolet has revealed that the vehicle obtained a number of enhancements. First off, the 2014 Chevrolet Malibu currently flaunts a revised exterior styling. Chevrolet’s vehicle developers implemented such tweaks on the Malibu’s exterior to provide the latest model with a fresher look.

Aside from the exterior styling revisions, the 2014 Malibu also comes with a newly-designed center stack which is responsible for providing the vehicle with a more upscale cabin. In addition to that, the 2014 Chevrolet Malibu now offers more legroom on the rear seat. Compared to its predecessor, the current model offers 1.25 inches of extra rear seat legroom.

Under the hood, the 2014 Chevrolet Malibu was fitted with a new 2.5-liter 4-cylinder engine which is capable of producing a maximum power output of up to 196 horsepower and 186 lb.-ft. of torque. Although the maximum power output produced by the new engine is lower than the 197 horsepower and 191 lb.-ft. of torque produced by the engine used in the previous model, the new one is considered more ideal since it shed some of its power in exchange for better fuel economy.

Aside from ne new features mentioned earlier, the 2014 Chevrolet Malibu is also equipped with the Rear Cross Traffic Alert and Side Blind Zone Alert safety systems. Both of these systems according to most car experts are responsible for raising the Malibu’s safety features to the next level.