One of the most popular Nissan vehicles is the Nissan Sentra sedan. This vehicle is actually a compact car but is commonly considered as a mid-size sedan due to its roomy and spacious interiors. Due to this, the Sentra is viewed by most drivers as the combination of two worlds. These are the roomy interiors and dependable features of the Altima as well as the cheaper and smaller characteristics that make it easy to park even in small parking spaces.

Given these features, the Nissan Sentra sedan has truly evolved since its introduction in 1982 as a boxy and plain vehicle. It is presently attractive and sporty compared to other Nissan models such as the following: 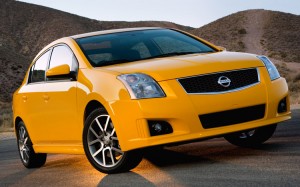 The Nissan Sentra SE is a sporty vehicle with faster acceleration. It is capable of reaching 60 miles per hour within 6.7 seconds. Acceleration is fast since the SE is equipped with a 2.5liter engine with a maximum power output of up to 200 horsepower. The SE is also has a taller interior compared to other sports model since it is lifted by four 17-inch alloy wheels.