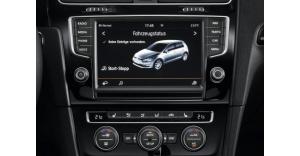 Volkswagen has finally launched its own telematics system dubbed as the “Car-Net” and the German carmaker hinted that this will soon be included on some of its 2014 car models such as the VW Beetle, CC, Passat and the Jetta.

Based on the information obtained from the statement provided by Frank Weith who is the current General Manager of Volkswagen of America Incorporated’s Connected Services, the Car-Net was built as a multi-faceted connectivity which is seamlessly integrated in some of the 2014 VW car models. He also explained that this system will be offering a number of diagnostics and convenience features that would help the company’s customers feel secured and safe when riding a VW car.

Although Weith failed to elaborate the detailed functions of the Car-Net telematics system, a number of reliable sources provided what they have learned from a press release provided by the German carmaker that enumerated the system’s individual functions.

Based on the information provided by the said sources, the Car-Net telematics system will feature the Automatic Crash Notification feature. The feature’s main function is to automatically call a VW Car-Net specialist in the event of an accident wherein the system detects the deployment of an airbag or a rollover. Once the call is made, the vehicle’s information as well as its location is then transmitted to the VW Car-Net Response Center and the specialist will then inform the appropriate emergency response units that are close to the car’s location. Thus, the car occupants would surely obtain help in the shortest possible time.

In addition to that, the Car-Net telematics system also comes with the Roadside Assistance feature. In order to make use of this feature, all the driver should do is press the VW Car-Net’s “wrench” button which is found on the overhead console once he or she is in need of roadside assistance. As soon as this pressed, the vehicle’s VIN and location I relayed to the Volkswagen Roadside Assistance center and the needed would surely arrive.

Marty Bay is the Lead Writer and Editor for VPM Automotive. He has researched and reviewed 100s of cars, and writes extensively about car technologies.
Follow Marty Bay on Google+
This entry was posted in Car Technology, Volkswagen. Bookmark the permalink.