Volkswagen to Bring More Powerful Diesel Engine in the US 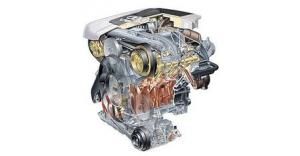 Volkswagen confirmed that the company is indeed planning to bring a more powerful diesel engine in the US and this would most likely be used under the hood of a number of Volkswagen and Audi car models bearing the 2015 model year.

The confirmation regarding such plans were provided by Oliver Schmidt who is the current general manager of the energy and environmental office of Volkswagen of America at the Advanced Powertrain Forum at the recently concluded 2013 CAR Management Briefing Seminars.

Based on the statement provided by Oliver Schmidt on the said forum, the upcoming diesel engine is expected to generate a maximum power output of up to 150 horsepower. Such output reflects an increase of 10 horsepower since the outgoing diesel engines used in several VW models that are sold in the market right now could only generate up to 140 horsepower.

Although the upcoming engine is capable of producing more horsepower than the outgoing one, Volkswagen explained that the maximum torque generated by the newer version will still remain at 236 pound per feet. However, the advancements implemented on the upcoming diesel engine did not only allow this to produce more horsepower but to emit less harmful gases and reduce the amount of diesel fuel it consumes.

With regards to the reduction of the amount of harmful gases emitted by the upcoming engine, Schmidt explained that the company’s engineers have developed a new version of the emission system that was designed to contain selective catalytic reduction (SCR) system and the diesel particulate filter into a single assembly. Since both of these are already packaged into a single assembly, the SCR system could easily inject urea into the vehicle’s exhaust in order for the urea to clean the oxides of nitrogen that are stranded on the exhaust. As a result, the gases emitted are cleaner.

Volkswagen also provided an assurance that the system’s function will obtain the said goal since the German carmaker has already been using this on most of its larger diesel engines that power the likes of the Passat and the Touareg.

Given such improvements, many car experts believe that this move will surely boost the sales of the diesel engine-powered VW models in the US by the second half of 2014.

Marty Bay is the Lead Writer and Editor for VPM Automotive. He has researched and reviewed 100s of cars, and writes extensively about car technologies.
Follow Marty Bay on Google+
This entry was posted in Car Technology, Volkswagen. Bookmark the permalink.