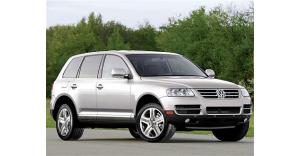 Volkswagen has recently confirmed that the company is on the process of finalizing the decision as to whether they would introduce a new midsize SUV in the US automobile market or not. In the event that VW’s high-ranking officials would favor the plan to produce and sell a new mid-size SUV model in the US, the vehicle is expected to target the Jeep Grand Cherokee and the Ford Explorer.

Based on the information obtained from a reliable inside Volkswagen, the mid-size SUV that the German car maker is planning to introduce into the US automobile market will be slated between the Volkswagen Touareg and the Tiguan. This will also be sold at a price which is lower yet closer to the bigger Touareg’s current starting price of $23,820 including the destination charge of $825.

Aside from that, a number of VW officials have also revealed that the company is planning to launch the SUV with the 2015 model year attached to it. However, the German car maker is has not yet revealed the site that would handle the production of this SUV. They only hinted that this might be produced in the company’s assembling plant in Chattanooga, Tennessee or its facilities located in Mexico.

Some of the sources have also confirmed that the upcoming mid-size SUV will be built to accommodate up to seven passengers. This is also expected to use the company’s MQB architecture which is also utilized in other VW models.

As of the present, a lot of car experts currently believe that Volkswagen is carefully weighing the pros and cons that the company would probably encounter as soon as it decides to proceed with its plan to introduce a new mid-size SUV in the US. However, VW should try to take the risk involved since this might be considered as one of the best strategies that the company should implement in order to boost its US vehicle sales and make its ambition to become the largest car maker in the world by 2018 a reality.

Marty Bay is the Lead Writer and Editor for VPM Automotive. He has researched and reviewed 100s of cars, and writes extensively about car technologies.
Follow Marty Bay on Google+
This entry was posted in Volkswagen. Bookmark the permalink.