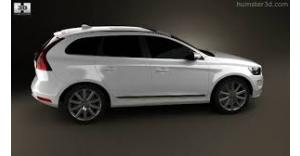 Volvo recently confirmed that the company is implementing a series of price increases on its 2014 lineup and this includes the S60 and the XC60.

Volvo actually plans to bump the prices of most of the models included in the 2014 lineup but most of the increases were not yet made public except for those of the XC60 and the S60 as well as of the few 2014 models.

Based on the information obtained from the carmaker, the starting price of the two models will have an increase since Volvo have incurred additional expenses tied to the production of these vehicles. Given such, the 2014 Volvo XC60 which is also known as the 3.2 FWD model will soon be sold at a starting price of $35,675 including the destination charge of $915. The price of the 2014 Volvo XC60 R-Design on the other hand will start $46,715 including the destination charge.

Given the price of the 2014 Volvo XC60, it is quite rational to consider that the 2014 model will most likely offer more new features compared to its predecessor since the 2013 version of the Volvo XC60 was previously sold at a starting price of $35,245 including the shipping charge of $895. It is also quite notable that even the shipping charge of the 2014 model has also increased.

The carmaker has also shared that the 2014 Volvo S60 T6 R-Design will be hitting the market with a starting price of $43,615 including the shipping fees. To complete the announcement, Volvo gladly confirmed that the price of the 2014 S80 will start at $40,905 including the shipping charge of $915 while the 2014 Volvo XC70 will have a starting price of $35,415 which reflects a $920 increase over the previous year’s model’s cost.

Finally, Volvo explained that the company has finally decided to stop selling the C30 coupe in the US automobile market.

Marty Bay is the Lead Writer and Editor for VPM Automotive. He has researched and reviewed 100s of cars, and writes extensively about car technologies.
Follow Marty Bay on Google+
This entry was posted in Volvo, XC60. Bookmark the permalink.