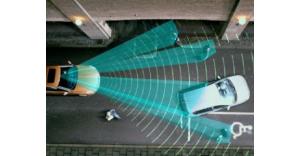 Volvo is currently testing three of the newest car safety technologies that they are developing. The feedback and the results obtained from the tests conducted will then be assessed by the company to iron out the possible complications as well as issues that these safety technologies would provide when used in Volvo’s upcoming car models.

Based on the information provided by a reliable source from the company, Volvo is currently testing three of its latest car safety technologies that the car maker would be using in its future car models and these are the technology for autonomous driving, animal detection, and “Intersection Support.”

In a statement provided by Fredrik Lundholm, a function developer from the company’s Safety Functions department, the autonomous driving technology is a safety feature that will assist drivers in coping with the monotonous and boring situations brought about by slow traffic conditions. What this technology would be doing is to help the driver follow the vehicle in front in a slow and safe manner.

Although Lundholm did not provide a detailed discussion as to how the autonomous driving technology would do this, a lot of car experts are expecting that Volvo would probably utilize its existing safety technologies such as automated steering, braking, and other related vehicle safety warning systems to allow the newly developed technology to function well.

The Intersection Support technology on the other hand was designed to help drivers of Volvo cars to make safer turns at intersections. The vehicles that are equipped with this technology were built to automatically apply their brakes and avoid collisions when the system senses that a vehicle from the other sides of the intersection approaches and collision is eminent. This simply means that the technology assumes the role of a system that helps the driver deal with his or her mistakes as well as those of other road users in an intersection.

Finally, the animal detection technology which is considered as an extension of Volvo’s existing pedestrian-detection system was designed to recognize the patterns of movements and shapes of wild animals that might be on the road as a Volvo car passes. By detecting the presence of wild animals a few meters in front of the vehicle, this technology could automatically reduce the car’s speed from 70 miles per hour to 50 miles per hour. Thus, the risk of collision and serious injuries in this particular situation are reduced. Unfortunately, Volvo failed to clear out if this technology would be effective in preventing any collision that involves domestic animals.