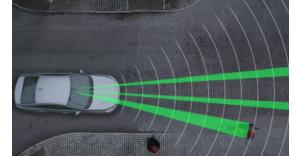 Based on the information provided by Volvo, the cyclist detection technology is designed to detect the presence of cyclists in the area where the vehicle is driven. In addition to this, the technology is also programmed to place the vehicle to a complete stop when the sensors that are installed on different strategic parts of the vehicle in the event that an imminent threat is detected.

Volvo has also explained that the pre-determined function of this technology will sure be achieved by integrating this feature into the vehicle’s Automatic Emergency Braking system or AEB. Given this information, a lot of car experts believed that the integration of the cyclist detection technology into the vehicle’s AEB might have prompted Volvo’s technology and vehicle developers to tweak some of the system’s existing functions since AEB is presently calibrated to detect larger vehicles such as trucks and cars as well as pedestrians.

Unfortunately, the plan to include the cyclist detection technology on Volvo cars after May 2013 has generated a lot of questions from consumers and several car experts. This is because the pre-determined function of the cyclist detection technology which is to place the vehicle to a complete stop when the sensors detect an imminent threat of collision since this might not work well in areas such as in Beijing, China where there are about 9 million bikers.